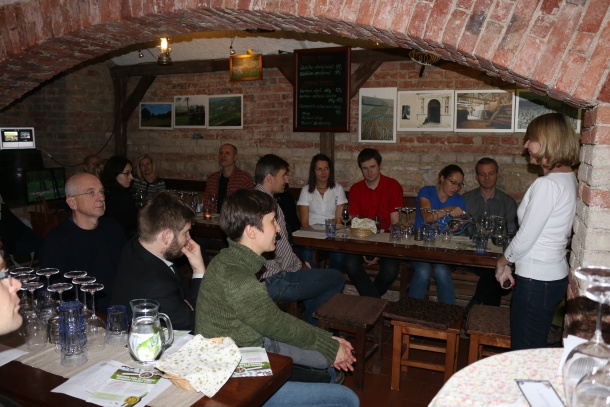 Ministry of the Environment, within the project Promotion of rescue programmes for specially protected species in the Czech Republic implemented by Beleco, z.s.

European ground squirrels, sousliks, are considered one of the most endangered mammals in Europe. Once a common inhabitant of lowland grasslands in the Czech Republic, their Czech conservation status is now critically endangered, limited to around 35 isolated communities. They are threatened primarily by changes in the Czech and Moravian landscapes such as land consolidation, agricultural intensification and also, on the contrary, the abandonment of land such as meadows and pastures. These changes have destroyed their preferred habitats like short grasslands. Currently, most communities live in small isolated grassland sites such as campsites, golf courses, airports and the natural steppe.

In recent years, however, their numbers have increased in the mosaic, agricultural landscape of South Moravia which consists of vineyards, orchards and embankments. These environments have potential in providing suitable souslik habitat and increasing the chance of interconnection between individual communities. These vineyards present a real potential basis for a functional metapopulation - the creation of 5 metapopulation systems of souslik occurrence is one of the long-term objectives of the rescue programme. The vineyards, however, are not always a suitable environment for sousliks. Maintenance of the rows between vines is key to sousliks success in these environments and this is where increased communication with the winemakers is vital.

This project aims to protect sousliks and educate the general public about their presence in vineyards. We will do this by awarding the Sysli na Vinici trademark to winemakers which both have sousliks in their vineyards and maintain their vineyards in a souslik and environmentally friendly way. This trademark has been registered as part of the project “Implementation of the Action Plan measures in the South Moravia”. The first action has already taken place in the largest population of sousliks in Velké Pavlovice.

Sousliks for the landscape, landscape for sousliks

The aim of this project is to contribute to the rescue of sousliks across the Czech Republic and Slovakia. It will include a multitude of activities including: monitoring species in known areas, identifying new areas for potential colonies, improving the environment for the sousliks, providing education to local landowners,villages and target visitors to souslik regions to promote their protection and conservation.
Monitoring the populations of sousliks in South Moravia

Implementation of measures for the European souslik in South Moravia

This project, based in South Moravia, is focused on the implementation of four key measures for the European souslik: monitoring beyond the scope of regular annual monitoring, demographic study of a selected population, analysis of population viability and public awareness.
ALKA Wildlife, o.p.s. © 2021